back to search results

To offer a view of what the night sky over Seattle would look like without light pollution, photographer Benjamin Benschneider created a photo illustration in two steps. First, he photographed the Seattle skyline from Queen Anne Hill. Next, he obtained a wide-field photo of the south Milky Way from and by Maxine Nagel, treasurer of the Seattle Astronomical Society. He then blended the images to create this one. (Benjamin Benschneider / The Seattle Times) 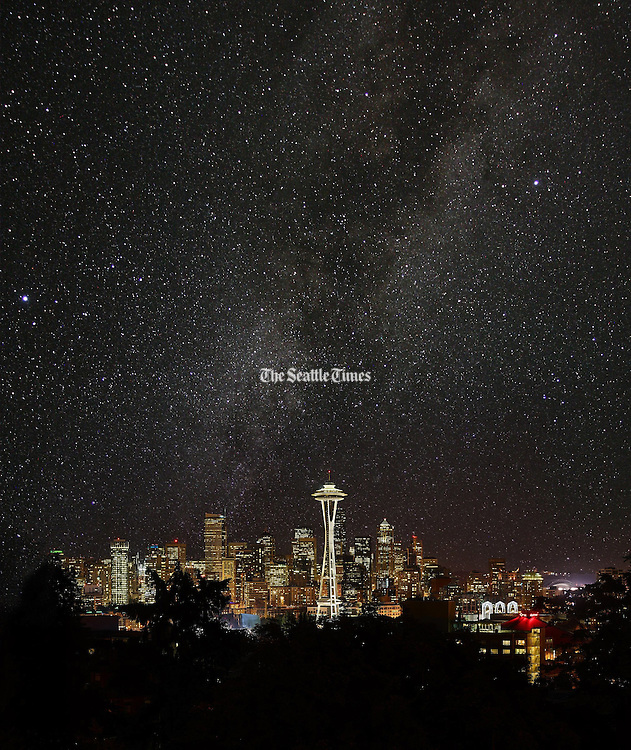